SIMADYN D is a well-proven subrack-based system (Rack Based), with a modular hardware and software design. This means that it can be configured for any type of application.

SIMADYN D distinguishes itself due to the various packaging types with subracks which are suitable for small extending up to high requirements. Not only this, but also the matching modules for closed-loop control, input/output and communications.

The subracks with up to 24 slots have two high-performance 16-bit backplane buses for fast data transfer between the individual modules. 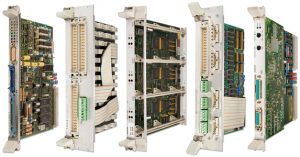 Aotewell Automation provides surplus parts and repair services for Simadyn D. Our Simadyn D parts are tested by our technical staff and come with a full 1-year warranty.

You can also visit our Simadyn main page for more information on our other products, parts, and service offerings for Simadyn.

Aotewell Automation provides a Simadyn D repair service using our extensive experience and test systems to repair your Simadyn D parts, and all of our repairs have a 1-year warranty.

The SIMADYN D control system is of a modular design comprising hardware and software components, which are combined for a specific application.

The selected modules are operated in a SIMADYN D subrack (SR..). Depending on the number of subracks required, there are versions available with between 6, 12 and 24 slots. Two high-performance backplane buses guarantee extremely fast data exchange between the various modules.

For extremely complex tasks, several subracks are connected together through an extremely fast fiber-optic cable coupling.

Up to 8 CPU modules can be operated in a subrack.

A program, generated on a PC, is downloaded into a program memory module (MS..). This memory module is then inserted in the CPU module. The memory modules also have a non-volatile memory for permanently saving online changes.

If more than one CPU module is operated in a subrack, a buffer memory module MM.. must be inserted between the CPUs to implement data exchange.

Analog, digital and incremental encoder signals are connected to input/output expansion modules IT41/IT42 as well as via the SITOR converter module ITDC.

Every CPU module can be ex­panded by a max. of 2 IT.. modules.

High-performance serial couplings are implemented (PROFIBUS DP, Industrial Ethernet, fiber-optic cable subrack coupling) using the communication modules (CS..) and the communication sub-modules which can be inserted on them.

It is important to especially mention the CS7 carrier module. Up to three communication modules, type SS4 (for DUST/USS protocols) or SS52 (for PROFIBUS DP) can be plugged-onto the CS7.

A SIMOLINK® master interface ITSL is directly plugged onto one of the CPU modules.

As a result of the high quantity of signals, the plant and process signals, for example, analog, digital and incremental encoder signals, are acquired through interface modules.

The interface modules (SA.., SE.., SU..) are snapped onto mounting rails in the cabinet and are connected to the modules through pre-assembled, plug-in cables (SC..).

Using these interface modules, analog signals can be electrically isolated and adapted.

Digital signals are displayed on LEDs and can be electrically isolated.

The user programs the function and display of the operator panels using the ProTool/ Lite SIMATIC tool. This means, for example, that several process quantities can be monitored and changed.

Commands can be entered, the SIMADYN D clock time can be set and displayed using function keys.

Operating and fault messages can be defined in the OP using the user data areas.

In addition to user-friendly engineering using graphic program techniques, users have all of the advantages of a system which has proven itself admirably in the widest range of applications, and that for over a decade now.

For many years now, using SIMADYN D, control concepts have been developed, implemented and tested on the target system with the graphic STEP 7, and CFC engineering tools and, as an option, SFC – and that directly on the screen. These advantages have a positive impact in all of the phases of a project:

Advantages at a glance

Due to its excellent performance, SIMADYN D is especially suitable for all applications that require a high degree of control dynamics and computational accuracy or extensive functionality.

SIMADYN D can be used in many different applications and sectors due to its freely selectable configuration and extensive range of modules.

*AoteWell Automation is not owner of the brands/manufacturers featured on this website. Brand names and trademarks featured are the property of their respective owners.